Wow, I am impressed! Biozyme really did work.

I regularly service a daycare center for medically sensitive children with special needs that had a significant issue in two sink drains from employees pouring left-over lunch milk  into them without rinsing the milk down the drain.  The milk got into the overflow tubes and caused a severe buildup of gunk.  At my request their maintenance had tried, unsuccessfully, to clean those overflow tubes.

Because of the wide ranging sensitivities of the children in this facility, I turned to Biozyme as a natural solution to the problem.  I foam-sprayed Biozyme into the drains and overflow tubes to eliminate the buildup of gunk.  It worked.  I was able to resolve multiple issues for the day care center with one product and without the use of pesticides.

Biozyme worked so well that now, after my regularly scheduled service, I leave a quart of Biozyme equipped with a trigger-foaming applicator so they can maintain the drains on a nightly basis. I love that it works and that it can be used in sensitive environments like day care centers for children with special needs. 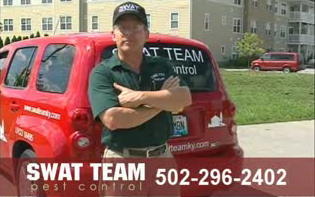 These are not the greatest photos, but you can see that after only one application, sprayed with a B&G and walking away, all the food debris on the bottom of this commercial kitchen wash-table is gone!

Compare the first photo to the second and as you can see in the second photo, all of the biodegradable food is gone.  What’s left behind, that will scrape off, is the crusty piles of dried up debris.  (shows how long this condition has existed!)

Before using Biozyme on the bottom of a Commercial Kitchen wash-table and after ONE application, sprayed with a B&G, and walking away. 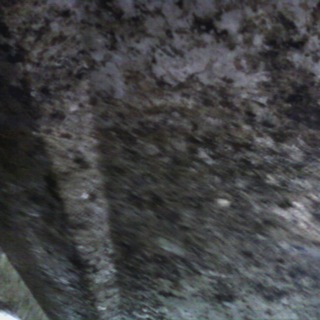 Most commercial kitchen equipment is not designed for thorough cleaning.  Many of the cabinets and machines have gaps, cracks and crevices that collect grease, grime and organic matter.

Integrating sanitation for customers with commercial kitchens, with a biosurfactant like Biozyme, can drastically reduce organic debris and simplify your customer’s cleaning process by accelerating the break-down of organic material that we all know as scum and gunk.

What is Biozyme and how does it work?

Biozyme is a surface-active substance that biodegrades organic material that is very difficult to break apart by enhancing the emulsification of hydrocarbons and increasing their availability for microbial degradation.  The majority of hydrocarbons are found where decomposed organic matter provides an abundance of carbon and hydrogen which, when bonded, can continue to form covalent bonds, or catenate, to form seemingly limitless chains.  Once this process is complete, Biozyme then biodegrades all of the by-product (including itself), resulting in a clean and orderless environment.

The secret to using Biozyme is that it works better (and faster) the longer it is on the organic matter’s surface.  So, once it is applied, it should never be rinsed or wiped away.  Biozyme works best in room temperatures between 55-85 degrees with moderate to high humidity.  Within the optimal temperature and humidity range, Biozyme will take approximately 3 to 4 hours for its microbes to attach themselves to the scum, gunk and urine.  It is then, after about four hours, when the microbial growth-rate of Biozyme’s microbes begin to multiply and the number of microbes will then double every 20 minutes until it is exhausted or the environmental conditions change (ie. room temperature increases/decreases or the solution dries as a result of evaporation).  A key aspect of this process is that once Biozyme naturally dries up, it will not create sloppy sludge that runs all over, however, consistent reapplication is  necessary because the ability to break-down organic matter ceases without moisture.

For new users, we recommend applying Biozyme daily, as an end-of-day task, for the first two-weeks of integration and then once-weekly for regular maintenance to eliminate odors and organic debris build-up in Commerical Kitchen ‘dead-zones’, on rubber mats and in restrooms.

Check out our latest product Fieldwork

We design market and sell products to control flies and rodents. We believe in IPM and taking a wholistic approach to pest control problems.